Извините, этот техт доступен только в “Американский Английский” и “Немецкий”. For the sake of viewer convenience, the content is shown below in one of the available alternative languages. You may click one of the links to switch the site language to another available language. 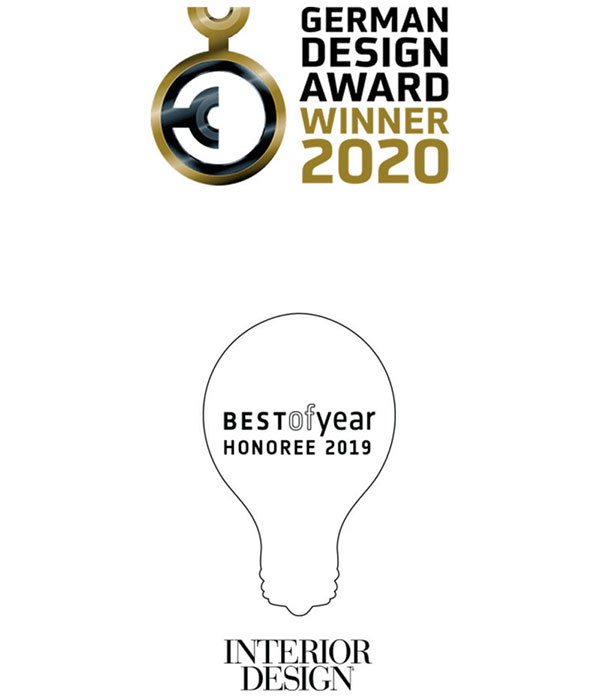 The station «Sternschanze» is located in the so-called Schanzenviertel of Hamburg, which is known as the trendy district par excellence. The new design of the suburban railway station perfectly mirrors the multi-faceted character of the district. Bright colors in combination with modern artwork immediately catch the eye. Inspired by the impressive high arches of the building that are reminiscent of church windows, local scenes of everyday life in the Schanzenviertel are humorously echoed in the figurative modern window art. The heart of the station is the imposing glass entrance which unites the individual themes of the windows into a comprehensive picture.

The Berliner Tor station follows the theme «gateway to the world». In former times, the gate led from Hamburg through the old Berliner Tor directly to Berlin. The Kitzig Interior Design team adapts this special feature by presenting gates from a variety of metropolitan locations all over the world, thereby expressing cosmopolitanism and internationality. Welcome greetings in different languages address visitors in their native tongue. The concept has been devised in a wide range of colors with a light pastel touch that transforms the train station into an inviting and friendly meeting zone. 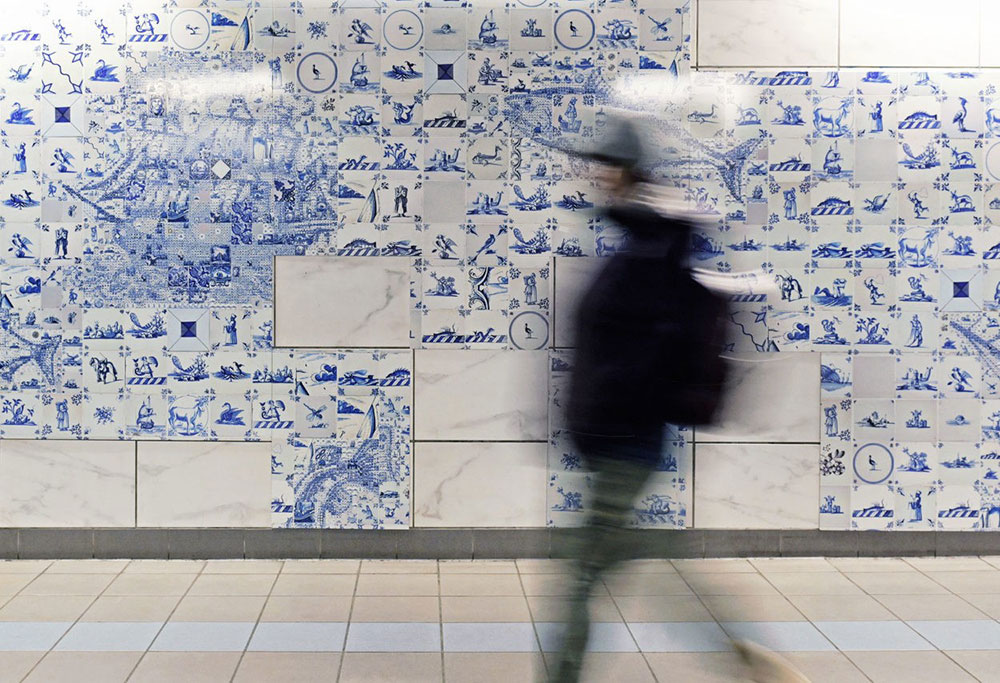 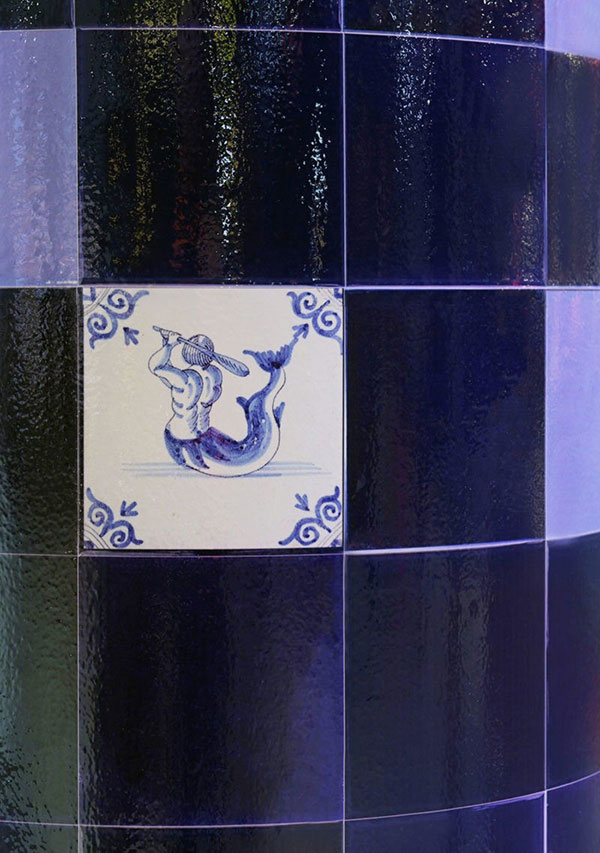 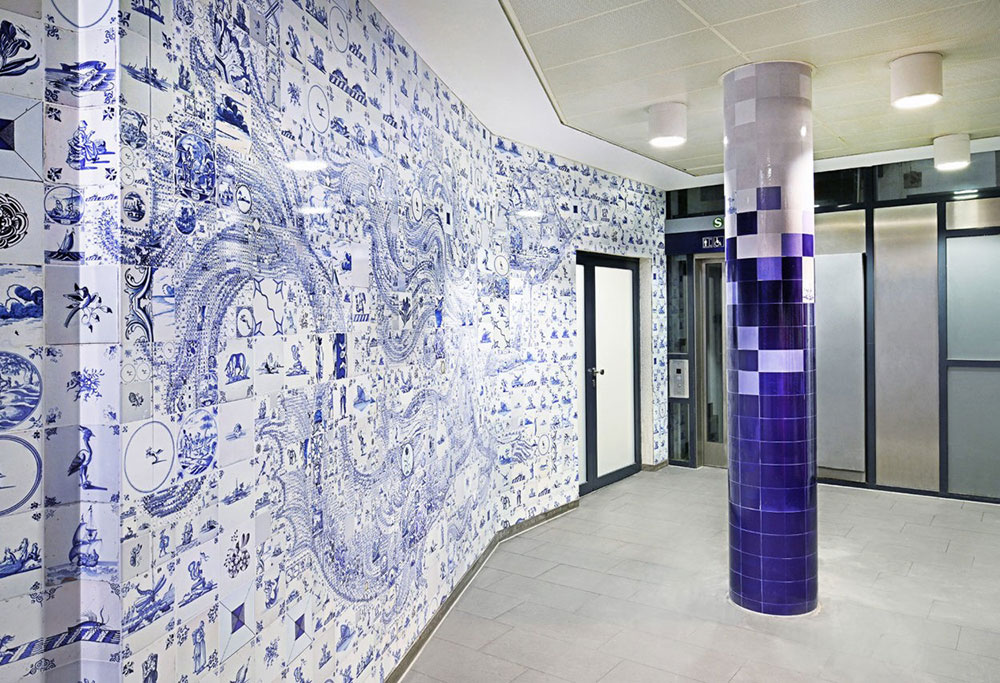 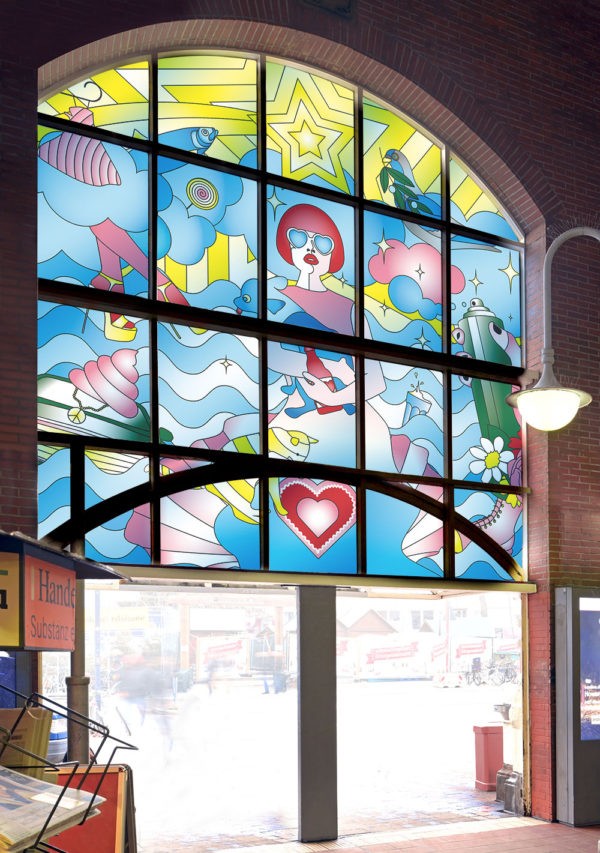 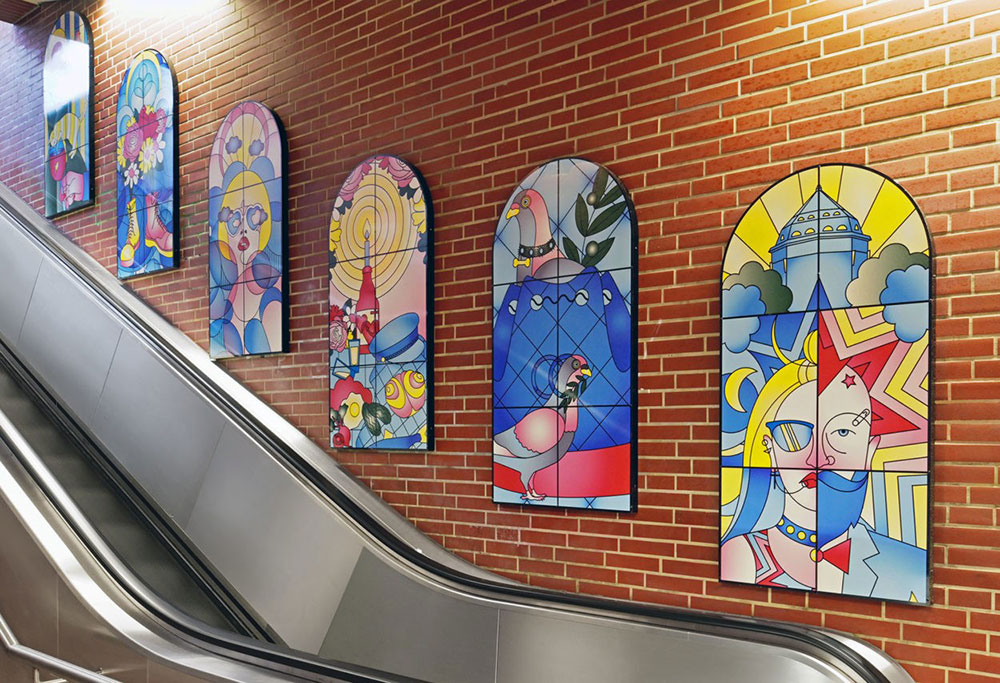 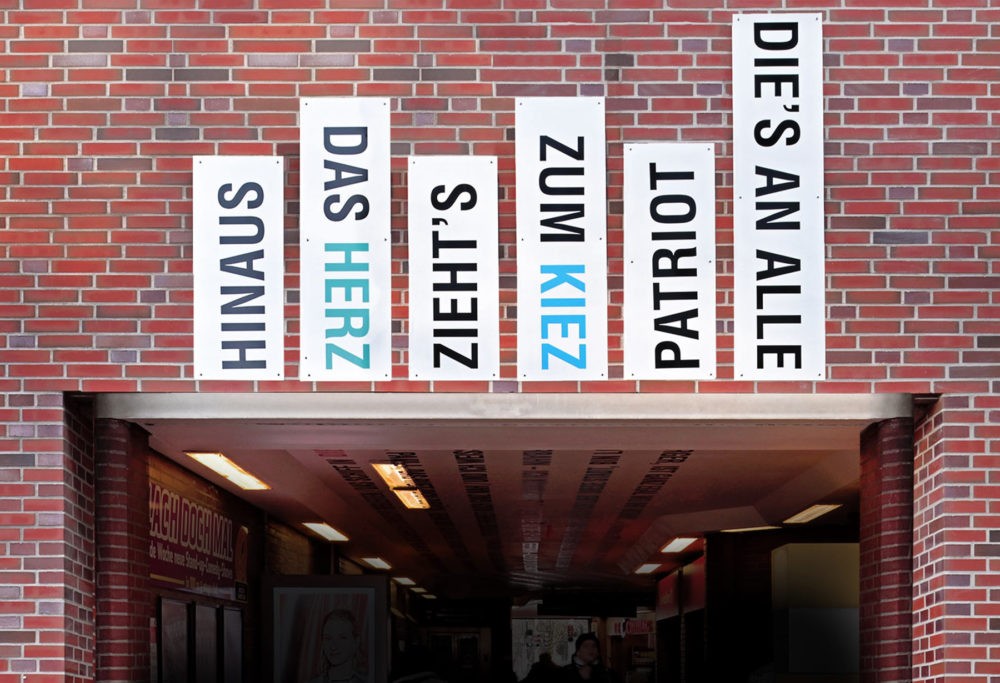 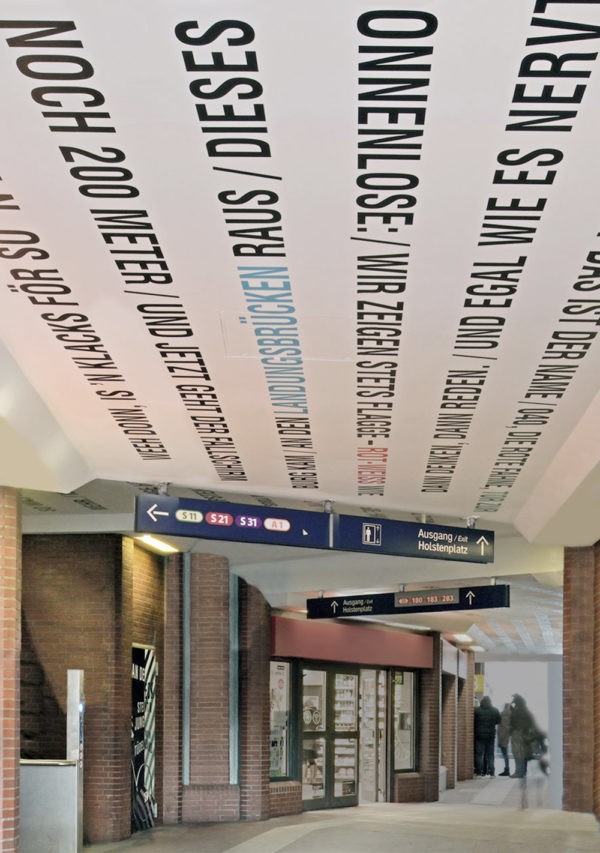 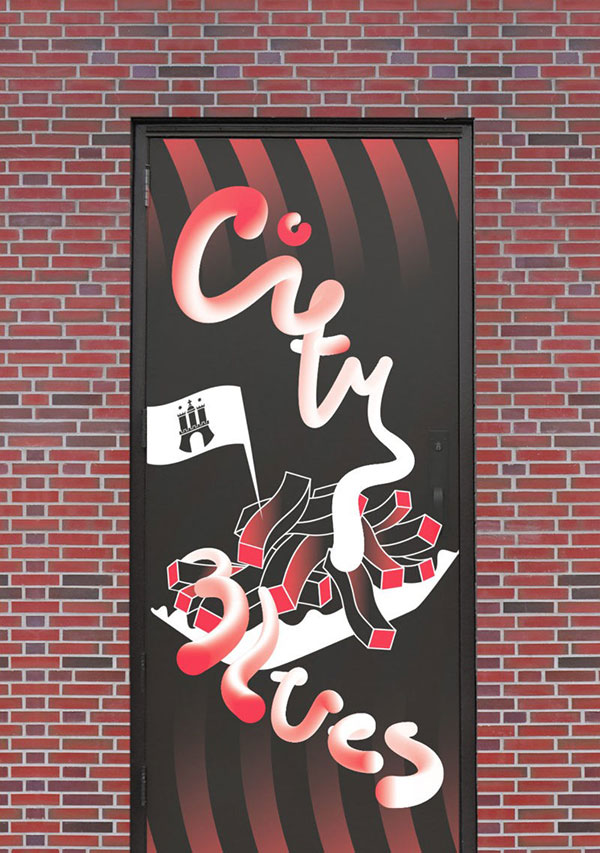 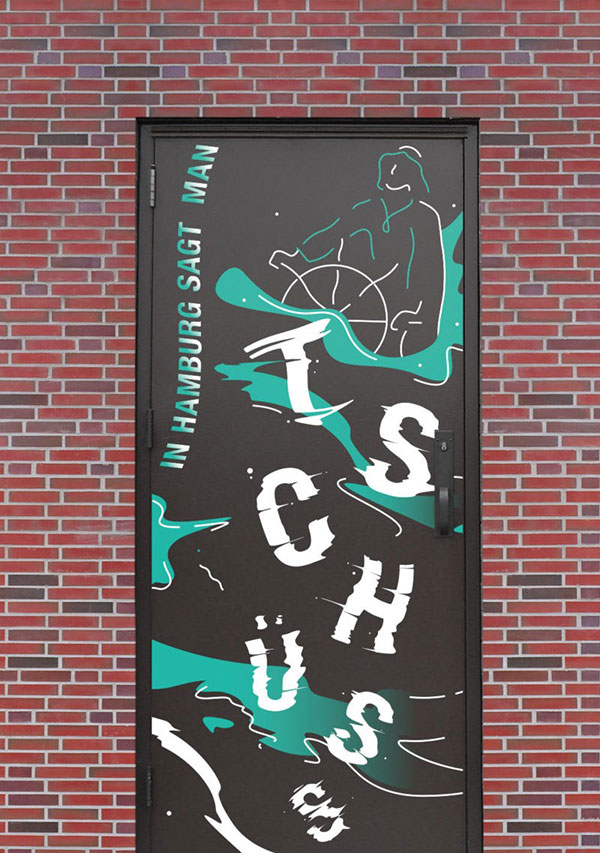 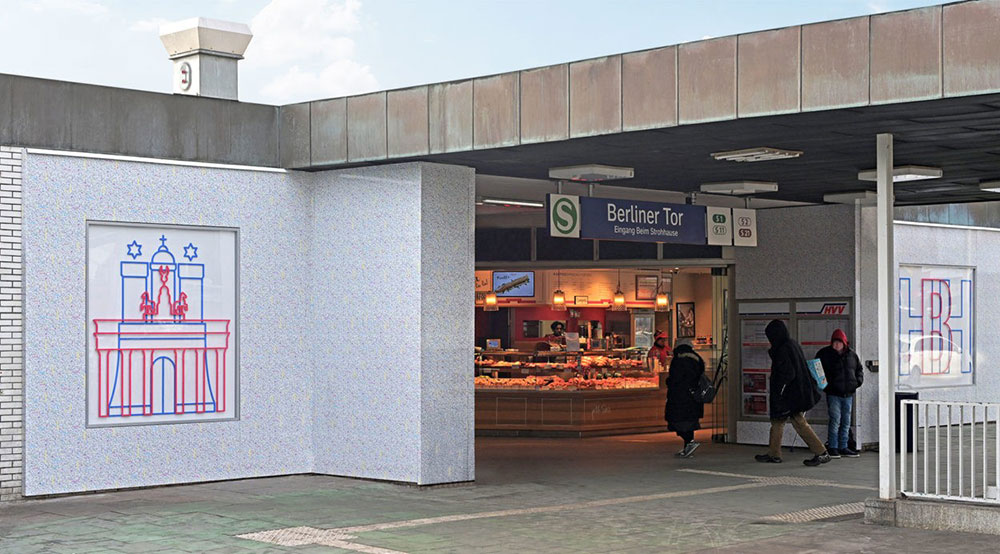 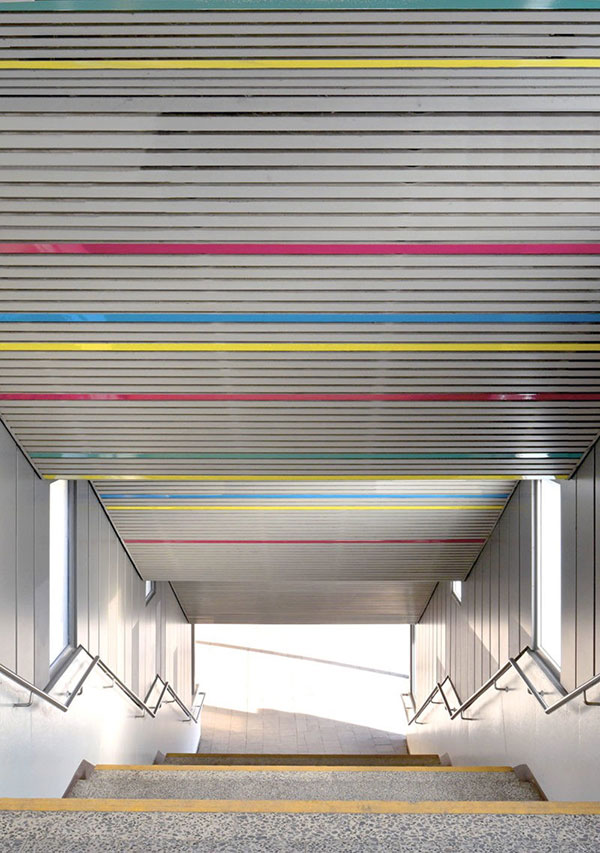 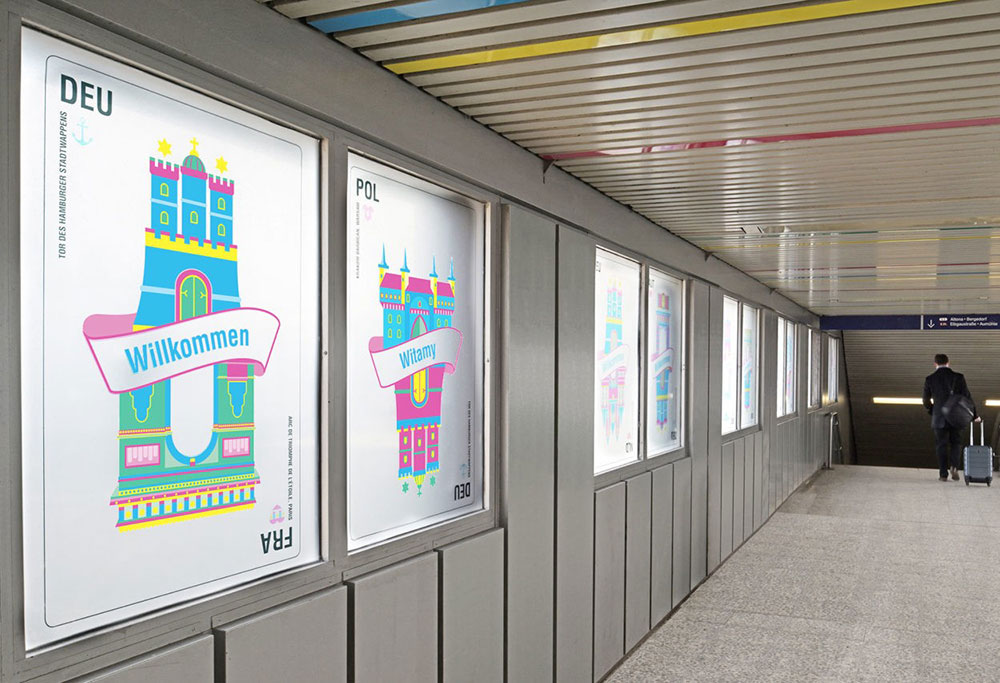