Based on the planned roof construction in wave form, a graphically abstracted key visual has been developed, that is used both as a campaign logo and a design element in all media. The core message “The Wave is Coming” is communicated through a variety of objects such as wall design, installations or give-aways. 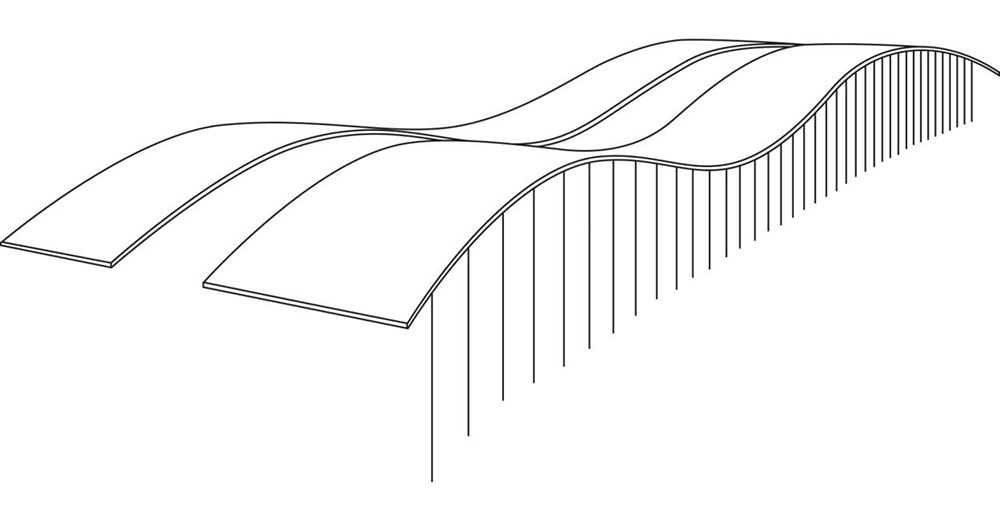 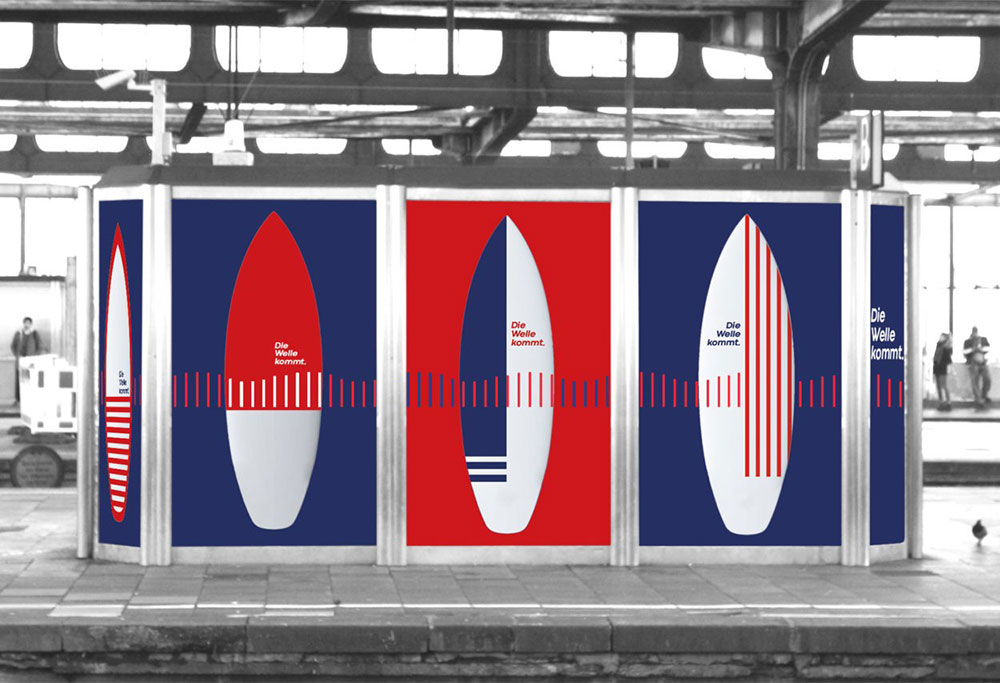 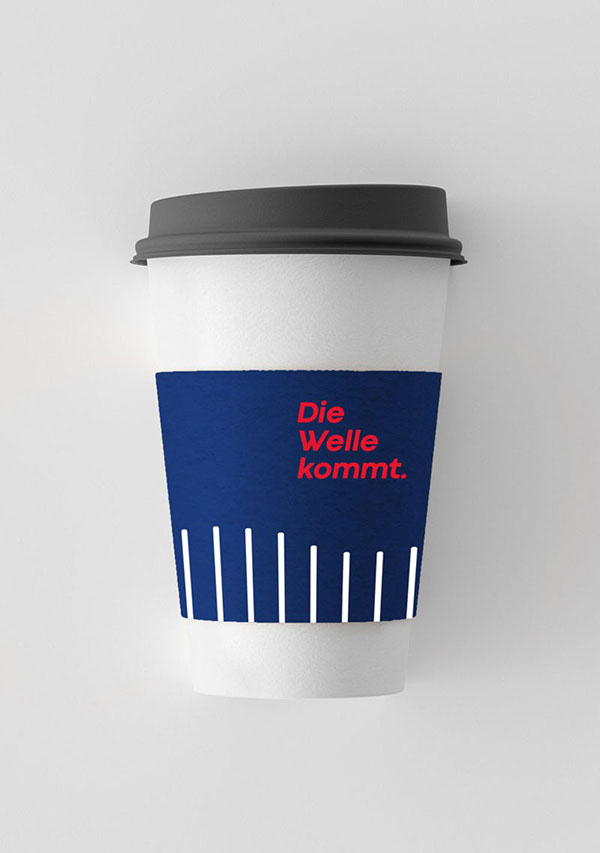 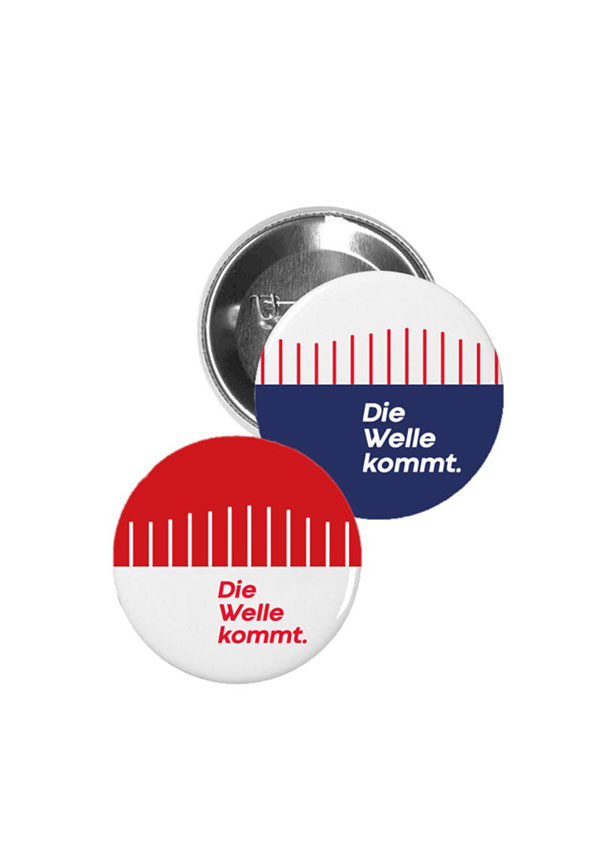 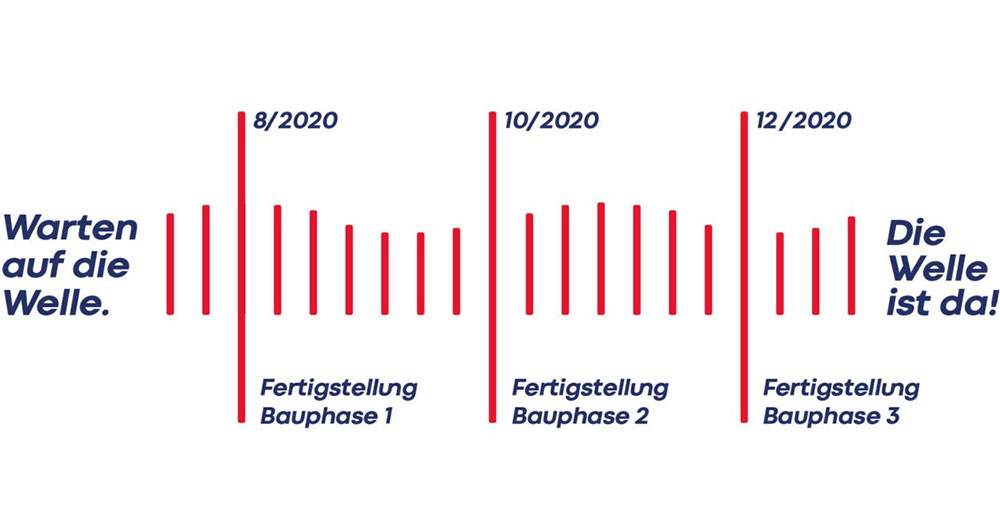 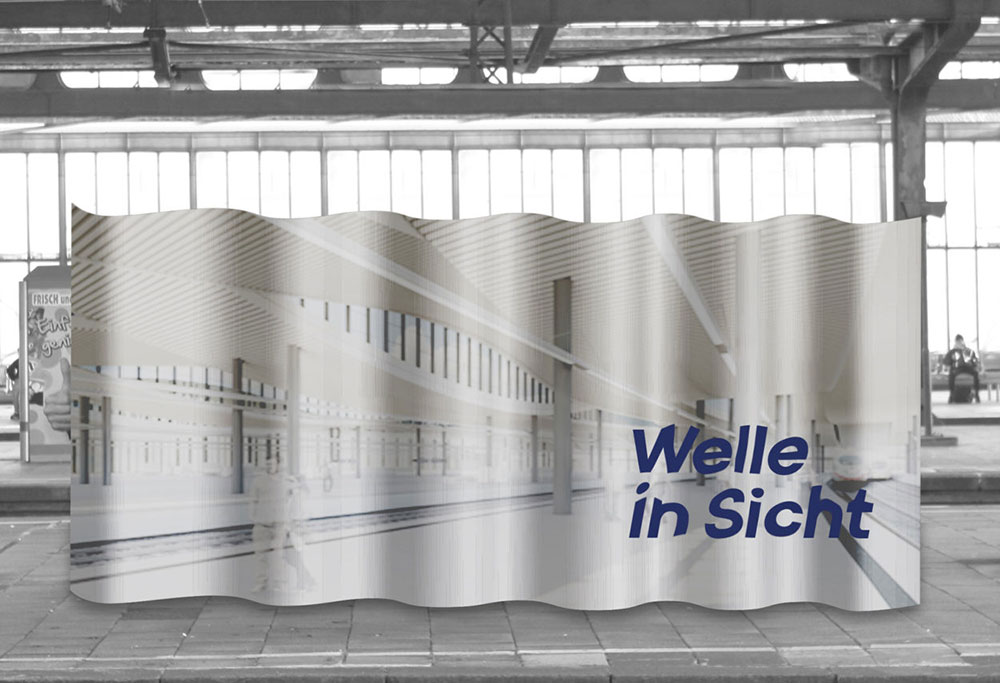